Identical twin brothers Keith and Ken Cornell founded Cornell Orthotics & Prosthetics in 1985. Sharing an uncommon dedication for excellence in their field, the brothers have steadily developed Cornell Orthotics & Prosthetics into a multi-site, patient-care practice in the greater Boston area. The two certified prosthetists and orthotists, along with the rest of our staff, are dedicated to providing exceptional care for whoever walks through our doors. 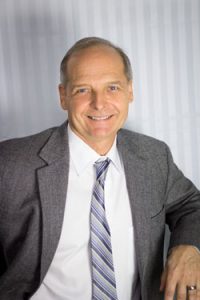 Keith received his undergraduate degree from Saint Anselm’s College and completed his postgraduate prosthetic coursework at Northwestern and New York Universities. He has been an ABC certified prosthetist since 1980. He was elected to the American Orthotic & Prosthetic Association board of directors in 1999 and served as president in 2004. Locally, he is a past president of the Massachusetts Society of O&P and played a major role in the passing of the “Massachusetts Prosthetic Parity Law”. He is passionate about his field and has a long history of active participation in clinical, business and patient organizations. He is a guest lecturer at North Shore Community College and prosthetic residency director at Cornell O&P. Keith specializes in both upper and lower extremity prosthetics and profoundly enjoys his patient practice. He is the inventor of the patented CJ Socket and founder of the COPAA amputee support association. 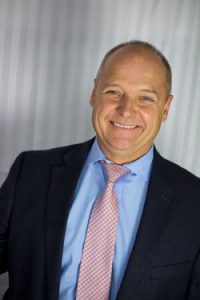 Ken Cornell earned his bachelor degree in biology at St. Anselm’s College in Manchester, NH and completed his postgraduate work in orthotics and prosthetics at UCLA in 1980. Ken has long been active on the board of the New England Chapter of the American Academy of Orthotists and Prosthetists and is a past president. He lectures regularly at local colleges and hospitals. “I have always considered it an honor to work in the fields of orthotics and prosthetics. I find myself more motivated than ever. Each patient challenges me to apply my experience, knowledge and skill to achieve the highest level of activity possible for that person. For some, that means playing sports, for some it is shopping with family and friends, for others it is being able to walk independently around the house without pain. I have a particular interest in the orthotic management of CMT (Charcot-Marie-Tooth) disease.”

Credo: To take the time to listen and understand, then formulate a plan to make a greater improvement than expected. 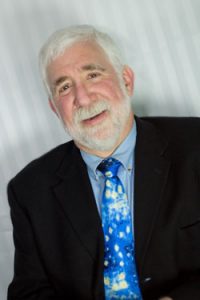 Gary joined the Cornell team in 2002. He has over 35 years of work experience and is ABC certified in both Prosthetics and Orthotics. A former owner of two Prosthetic/Orthotic practices, Gary brings with him a wide range of capabilities, including extensive expertise in upper extremity prosthetics and lower extremity orthotics. Gary manages clinics in prosthetics and orthotics for both in-patients and out-patients at the Whittier Rehabilitation Hospital in Bradford, MA, along with many other facilities within the Northern Massachusetts/Southern and Seacoast New Hampshire areas. Gary has served as Chair of the Upper Extremity Prosthetic Society of AAOP and has been a guest speaker at numerous national and regional symposia. He is currently serving on the Advisory Board of AOPA’s Almanac, a monthly industry magazine. 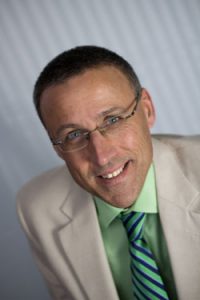 Marc has been a licensed physical therapist assistant since 2000, also an ABC registered orthotic assistant. Marc is also BOC Orthotist. He specializes in most orthopedic and neurological conditions with special interests in spinal pathologies as well as pediatrics. Marc is currently lead practitioner at the new office located at Massachusetts General Hospital Center for Outpatient Care which opened late 2009. 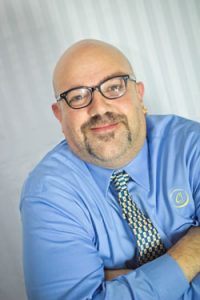 Rob is a Board Certified Prosthetist and a Licensed Physical Therapy Assistant with extensive experience in Orthopedics, Cardiac, Neurological Disorders, Pulmonary, Sports Medicine and Cancer Rehabilitation. He has been with Cornell O&P since 2000 and brings with him over 2 decades of patient care. Rob currently works directly with Keith Cornell in all aspects of patient care and prosthetic design, while also maintaining his own patient base. 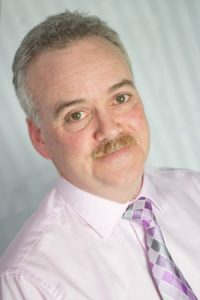 Mike Domenicucci has had over 30 years of experience in the field of upper and lower limb prosthetics. He received his ABC certification in prosthetics from Northwestern University. He is a Past President of the New England American Academy of Orthotists and Prosthetists and is still active on its Advisory Board. He has worked extensively with the Veterans Administration fitting American Veterans to the latest prosthetic technologies.

His entire career in prosthetics has remained in Massachusetts. He began working in an acute rehabilitation hospital setting, utilizing an interdisciplinary approach to coordinate patient care. “I found that patients still benefit the most, working within a well coordinated prosthetic rehabilitation team.”

Mike, a well known speaker and educator presents for the CMSNE (Case Managers Society of New England), the NEAAOP and yearly orthopedic review courses. “As an educator you realize the importance of not only staying abreast with the new technologies, but how to instruct and educate the patient, family and clinical teams on how to use them successfully. “

Mike’s latest focus is in research and development of new liner and socket technologies for lower limb prostheses. 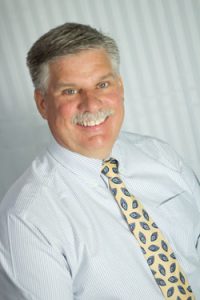 Brad Shores, LATC, (License Certified Athletic Trainer), BOCO (Board Certified Orthotist). Mr. Shores background includes 6 Season in Professional Baseball as an Athletic Trainer with the Kansas City Royals system. Manager and owner of Foot Fitness Plus since 1997. Brad works for Cornell O & P. Board Certified as an Orthotist in 2005. Combining the world of professional sports to the world of orthotics and bracing. 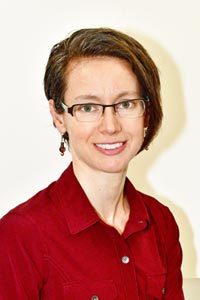 Nicole has been ABC Certified CPO since 2012 and she loves her job. Her education includes a B.S. in Biological Anthropology from Duke University, M.S. in Biomedical Engineering from University of California in Davis, and post-grad certificates in Orthotics and Prosthetics from Northwestern University. She specializes in pediatrics, especially regarding children with neuromuscular involvement, but looks forward to working with more adults. She is experienced with custom lower and upper extremity orthoses as well as bracing for idiopathic and neuromuscular scoliosis, and has been trained in Elaine Owens’ paradigm of AFO alignment.

Her philosophy is “treat every patient as I want my own child or family member treated. Every device should be the same quality that I demand for my own family”. Nicole also believes that she and the patient are a team. She works hard to listen to the patient’s words. If he or she can’t speak, then facial expressions and movements, if that is his/her means of communication. She works with the patient to set goals for the device and then works hard to design and fit a device to reach those goals. She tells “her” kids (and now her adult friends, too!) that their braces should help them “run faster and jump higher.” 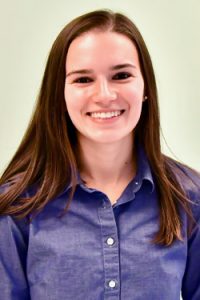 Alicia received her Bachelor of Science degree while playing Dl volleyball at the University of Hartford in 2015 and continued on to earn a Master of Science in Prosthetics and Orthotics in 2017. She became an ABC Certified Prosthetist/Orthotist in 2019.

Alicia Specializes in working with medically complex, intellectually disabled and neuromuscularly involved adults and pediatrics. She emphasizes her patients as the priority, especially those who cannot speak for themselves. Alicia Considers the entity of orthotics and prosthetics to be very fulfilling and humbling.

Based in our Beverly office, Alicia also runs a weekly clinic at New England Pediatric Center in Billerica, a bimonthly clinic at Hogan Reginal Center, and assists at the bimonthly Florence Robertson Pediatric Rehabilitation Clinic at Spaulding in Salem. 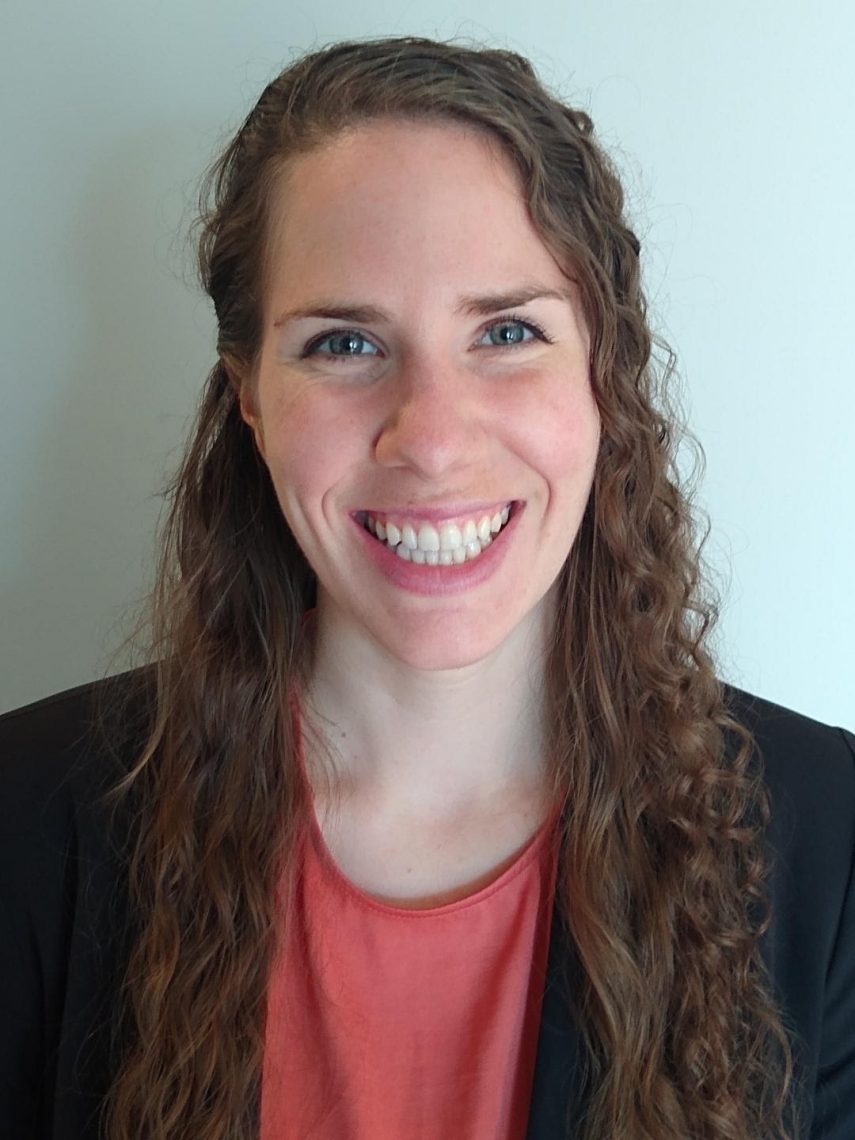 Claire is an ABC certified Prosthetist/Orthotist who enjoys partnering with her patients to design and develop devices that will most benefit them in their day to day lives. She attended the University of Hartford in Connecticut and obtained a Bachelor of Science in Health Sciences in 2013 and a Master of Science in Prosthetics and Orthotics in 2015 while also playing D1 Golf. She became ABC certified in Orthotics in 2017 and Prosthetics in 2018. After working at the Children’s Hospital of Wisconsin for 5 years, seeing both adults and pediatrics, she has now joined the Cornell team in the Peabody location. Over those years, Claire has become specialized in pediatrics and has a special interest in spinal orthoses and cranial remolding bands. She looks forward to expanding her area of practice to working with more adults. 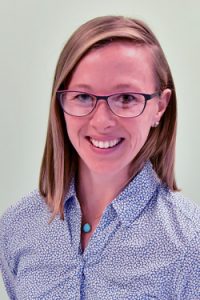 Casey, a 4 year college athlete, earned her Bachelor degree in Exercise Science at Salem State University in 2015. Before Casey entered the O&P world, she was working as an L1 certified Crossfit instructor and a Licensed Real Estate Agent.  Casey started her career at Cornell O&P in 2017 as a certified orthotic fitter before then becoming an ABC certified orthotist assistant. Casey works in both our Beverly and Peabody offices and attends weekly clinics at New England Pediatric Care in Billerica.  Providing the best patient care is something that is very important to Casey.  She believes strongly in close listening and good communication with her patients in order to provide the best experience and outcome possible. 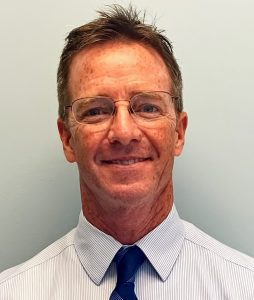 Brian moved from New York and joined Cornell O & P in 2021, after practicing in the field for over 25 years.  Brian graduated from the University of Tennessee with a BS in Engineering Science and Mechanics with a Biomedical Engineering focus.  After graduation, he attended Naval Officer Candidate School in Newport, RI and went on to serve as a Fast Attack Submarine LT Supply Corp Officer, US Pacific Fleet.  After his military duty, he attended Northwestern University’s Prosthetic and Orthotic Program and received his certificates in 1995 and 1997, respectively.  While in practice, he has served as president of the NYSAAOP Chapter, served as a Clinical Director and managed two satellite offices in the Saratoga region of New York.

“By focusing on the individual needs and goals of my patients, I work to restore lost function and achieve positive outcomes.  Helping these individuals in need is truly are rare career opportunity, and one I do not take for granted.”

Devin received a Bachelor of Science degree in Biomedical engineering from the Honors College at University of Connecticut in 2019.  He continued on to earn a Master’s of Science in Prosthetics and Orthotics in 2020 from University of Texas Southwestern Medical Center.  Devin completed his combined prosthetic and orthotic residency under the mentorship of Keith and Ken Cornell in the summer of 2022.  He has now joined the Cornell team as a practitioner full time practicing in both prosthetics and orthotics.

Devin has begun to specialize in the acute rehabilitation hospital setting, wound care, and neuromuscular conditions.  He is passionate about creating an interdisciplinary approach to prosthetics and orthotics with a focus on patient centered goals and outcome. 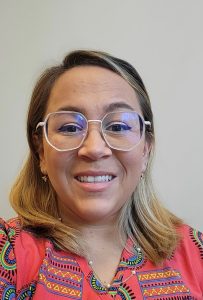 Alex graduated from NHTI with an associates degree in Health Sciences Orthopedic Technician in 2018.  She has experience in pediatrics from her time working at Boston Children’s in the cast room and OR.  She finds being transparent and vocal regarding her patients care alleviates the anxiety of what to expect during their visit. 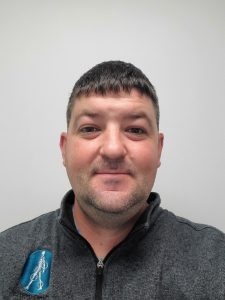 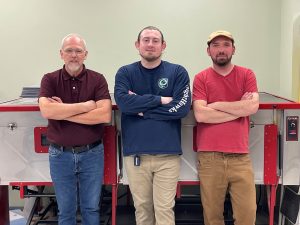